Many fans felt that we should have not kept the pick that landed Stefan Matteau.  Time will tell if that was the right move or not but in the end Lou at least ended up not losing a pick at all in the Kovy fiasco and instead we are forced to live with the 30th pick in this upcoming draft instead of losing the Matteau pick and ending up with a middle of the first round pick this season. 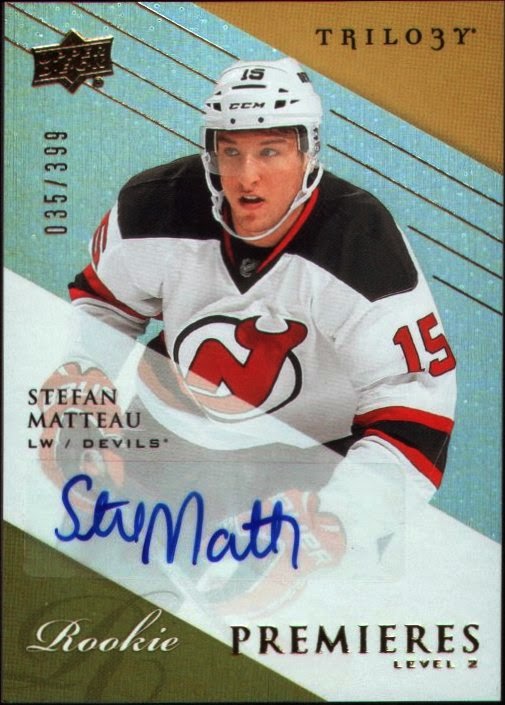 Stefan has had a chance to adjust to the life of a Pro this year sending time at Lou-U. Currently Stefan has 13 goals and 24 points in 63 games. I think in the long run he will be a fine penalty killing forward and possibly a second line winger in his prime. 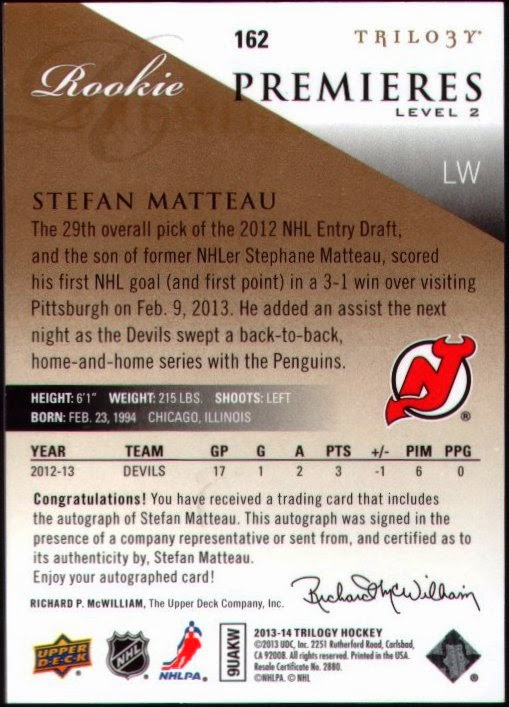 I do like the look of these UD Trilogy rookies. Stats and authentication, UD you must have read my complaints. Still a guarantee from the grave is like believing Colonel Saunders still worries about quality.
Posted by Pro Set Cards at 9:20 AM