I am sure when these cards came out 60 years ago, someone noticed this right away. But as I was thumbing through my partially finished 53-54 Parkhurst set I noticed something. Check it out: 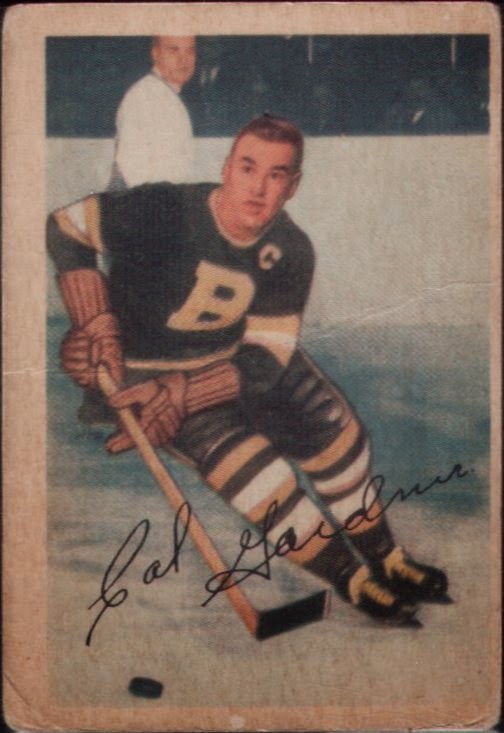 Front Side
Its a rough looking card, but I do like it a great deal regardless and probably won't look to upgrade for my set. 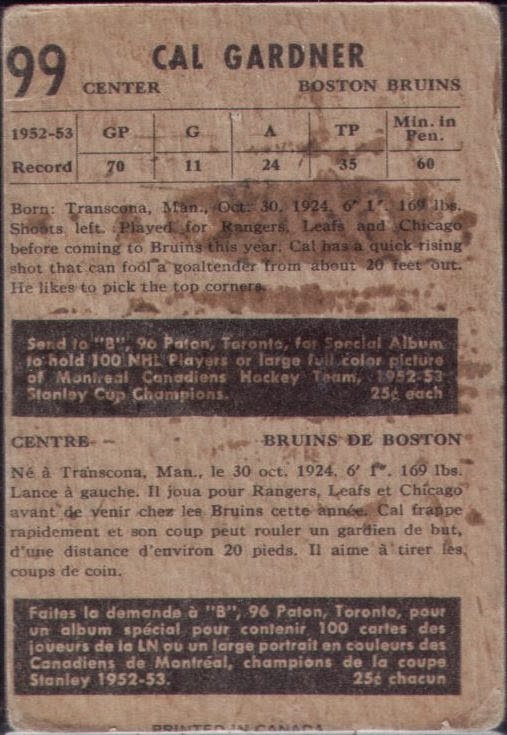 Back side
Some staining, sadly I don't think they are wax stains but rather glue from being pasted into some book after spending time push-pinned to a wall. 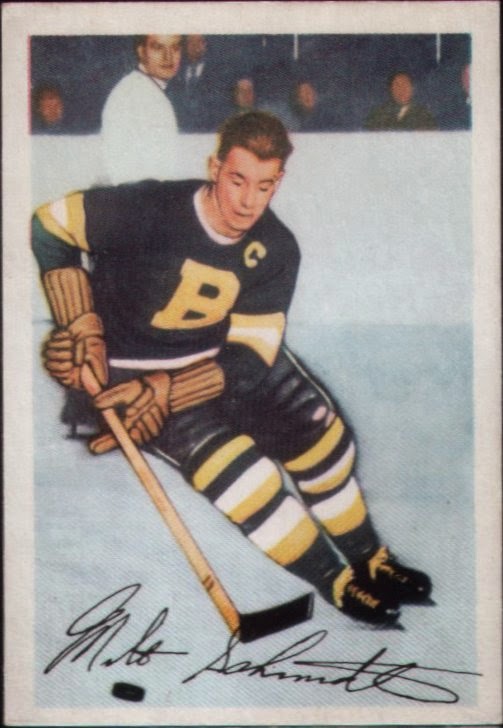 Front side
This card is without a doubt the finest conditioned card I own from the set. Its spectacular and I am still amazed I bought it for under 30 dollars. 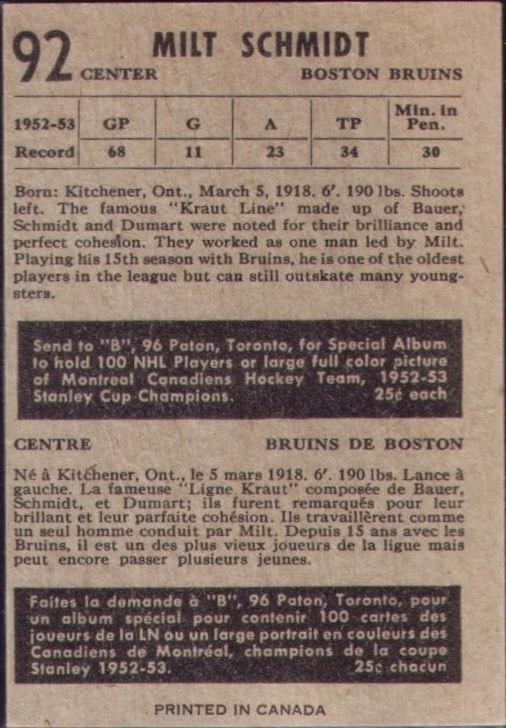 Back side
Here is the back side of the card. Stats are very similar between Milt and Cal. Both had 11 goals but Cal had an extra assist in the two extra games he played. Cal also had twice as many PIMs.

Did you notice what I noticed?

Cal and Milt are sharing the exact same body in the exact same picture. The only difference between the two card besides autographs is Cal's head is on Milt's body. Everything is pretty much the exact same. So wondering why Parkhurst would do such a thing, I did some research and during the 52-53 season, Cal scored 11 goals and 24 assists for the Chicago Black Hawks and NOT the Boston Bruins. So, Parkhurst may not have had an action photo of Cal to work with at the time of production so they placed his head on the body of Milt Schmidt. Neat approach to fixing a problem and while I am not sure if it is better than air-brushing, I do know Upper Deck tried the same thing nearly 40 years later with Eric Lindros. 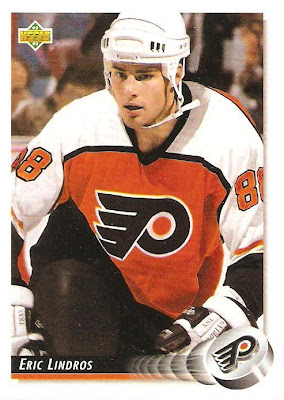 So as far as my own 53-54 Parkhurst set goes, I am still stalled at 24/105 but it isn't because I have lost steam, but rather I have been trying to focus on some other sets first and finish them off before I spread myself and funds too thin.
Posted by Pro Set Cards at 3:00 PM