A Kind Gesture By a Friend...


As I mentioned in the previous post I would get to a post about a nice gift I received from a friend of mine. Given I live in a rural community and have little friends who share my interest in collecting, any one I do have in that category are fantastic in my books. Truth is I only have about two people whom I would call friends that I could drive over and see and have card collections of their own and one of them is the guy who owns the LCS. The other is my friend and neighbour and Christmas 2015 was one time I will never forget what he did for me.

Like all collectors I was trying my best to pull and Connor McDavid rookie (YG in particular). I was striking out on my attempts and while Dylan Larkin (4 YGs and 2 Canvas YG) later showed me a couple things. Upper Deck's collation isn't terribly random and Mr. McDavid wouldn't be finding me that Xmas. However, my friend did have success. He bought just two boxes and a blaster or two and hit TWO of them. What he did next I wouldn't have ever expected but he showed up on my steps after telling me he hit another and just gave it to me. No strings and no expectations back. A truly selfless act and one I really really appreciated.

I went to my own collection, grabbed a gift bag and I filled it with cards to show my appreciation in return and in the end both sides were happy and I still display this card frequently and I know that this card will always mean more to me than just some BV amount. 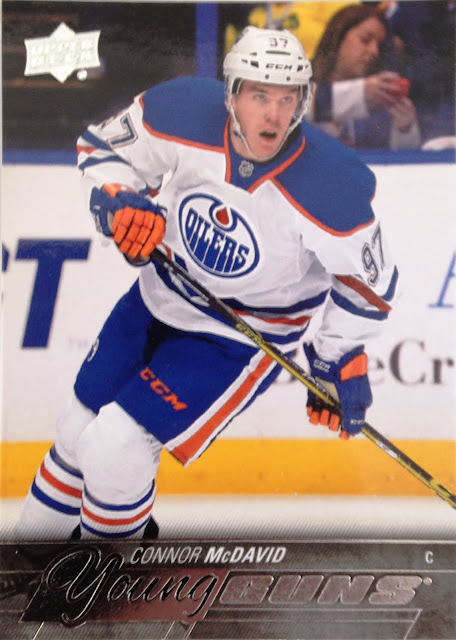 Sorry for the poor quality but I took the photo with my cell phone because I didn't want to risk damaging the card pulling it off the scanner bed with my fingers. I loved this card from the moment I saw it and I know that Upper Deck had to have picked this particular pose for McDavid for the following reason: 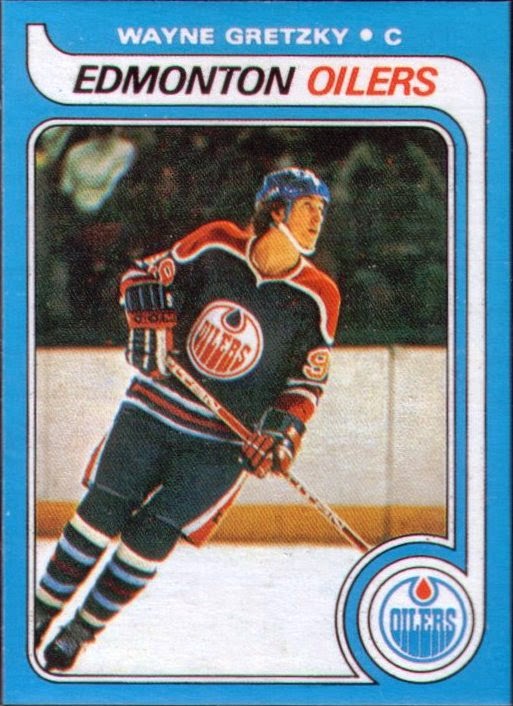 Is it just me or do they look similar?? Anyway, thanks so much Brett and I look forward to many more trades either open ended or agreed upon! Next post will be a more recent gift I received from the fine folks at Upper Deck!
Posted by Pro Set Cards at 2:38 PM 6 comments: