Hey all! Like I have mentioned previous I have been very active on Twitter in lieu of posting on here which has been both good and bad. I am still working on balancing my time and efforts. One thing I have started on Twitter is organizing a box break. I have participated in the past with some of the ones my fellow bloggers have put on and it has always been lots of fun so I thought I would take a stab at one. Here are the products I am looking at breaking: 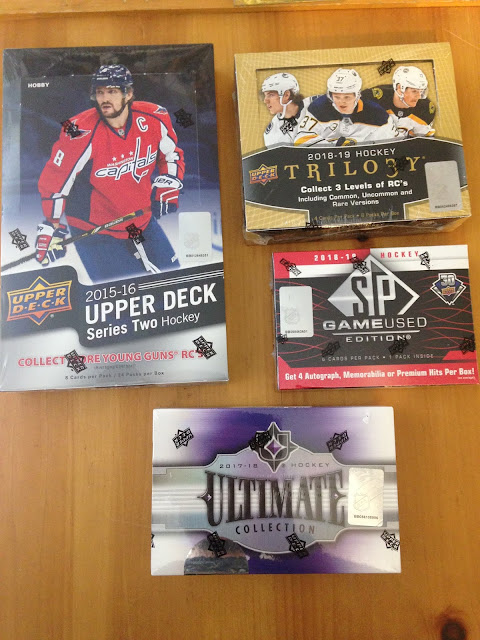 There are some beauties in there. Loads of great rookies and memorabilia cards to be had. I am asking $27 CDN a spot so if you want in, please just comment below and I will add you or send me an email. I have included the rules below and please don't hesitate to ask any questions. 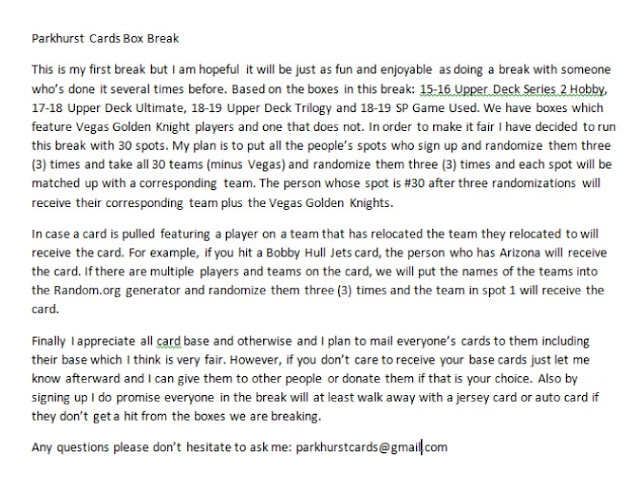 If you were a hockey card collector in the early 90's there is a strong chance that you had a few Pro Set cards in your collection and if you collected any sport except baseball from the same time period the same probably could be said as well. Pro Set created sets for the NFL, NHL, PGA, NASCAR and even non-sports sets like Yo! MTV Raps.

Pro Set took all these licenses and approached their production with the more is more approach and thus earned the reputation as being the King (or Queen) (or Genderless leader) of the Junk Wax World. However, in this mass production, there are some gems to be found. If you haven't had the chance yet, please check out the latest issue of Beckett Hockey Monthly because there is a pretty cool article written by Sal from Puckjunk.com which showcases some of these rare gems. For me, one that I needed was this card and I'm glad I was able to add it to my collection. 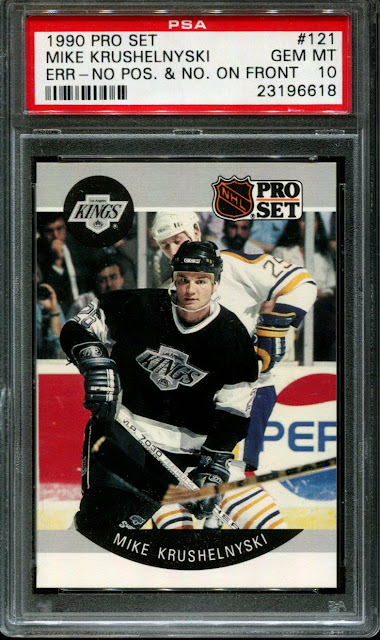 Hard to think that a 7th year card of am NHL journeyman would be one of the more valuable cards created by any company from 1990-91. The error was likely easily spotted and fixed quickly which adds to the scarcity of the card and is why it's somewhat sought after. Perhaps it is time to comb through your old shoeboxes and bins for 90-91 Pro Set as you could be in possession of some diamonds in the rough. Thanks for stopping by, next post won't be Pro Set related I promise.
Posted by Pro Set Cards at 8:27 PM 4 comments: