Casey of Drop The Gloves House of Oglethorpe had struck a deal with me for a card that he offered up from his collection. I agreed to an awesome deal and when it arrived,  it arrived with some extra coolness. The card which which was the focus of the deal,  I will share at a later date. Here are extras that arrived with it and I can't thank Casey enough for his kindness and generosity. 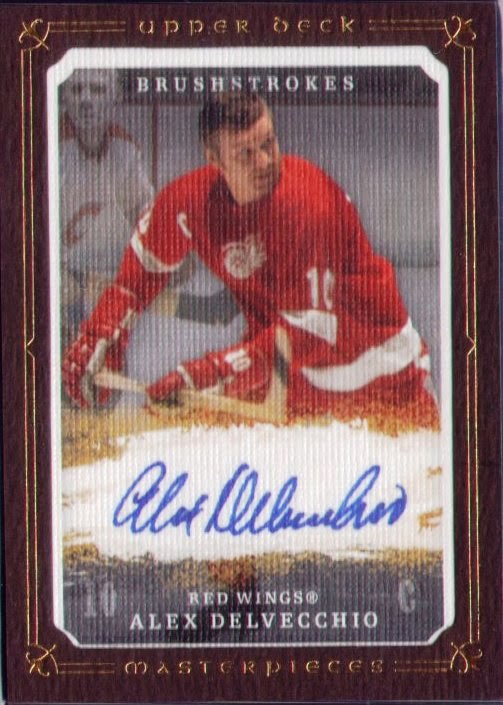 This is the set that sparked the canvas craze in current UD products. Originally Masterpieces was product done all in the style of canvas (base and inserts). Alex has a great on card auto here with a photo that UD has over used but the design of the card more than makes up for it. If you notice Alex's stick, there were clearly rations on hockey tape back in the late 60s and early 70s. 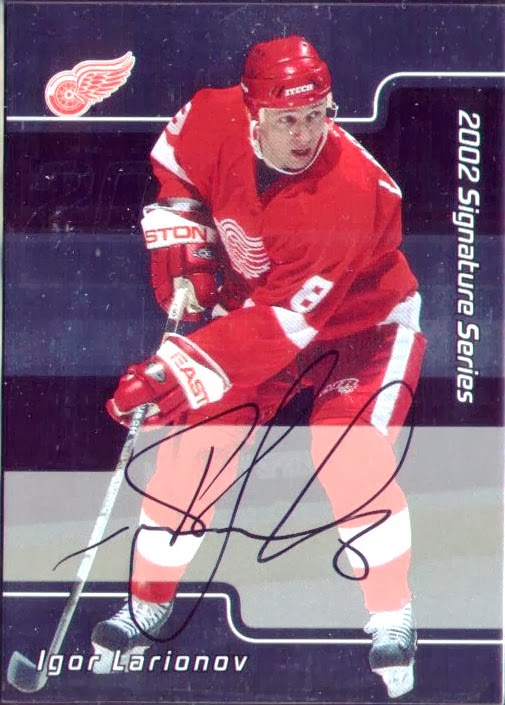 For a player who spent most of his prime playing in Russia, he came over to Canada at the age of 29 and rattled off 14 pretty impressive NHL seasons. This also completes another HOF'er off my RC/Memorabilia list. Like most collectors I have dozens of Larionov rookies it was much harded to land the auto than the rookie here.

Thank you very very much Casey for the beautiful additions and I will soon share the center piece of our deal.