Trade Bait and other pick-ups

Well my Tigers fell short of making it to the World Series, but there was some consolation in my fantasy baseball team upset a few teams and made it to the finals. I ended up losing on the last day but I earned a few bucks which allowed me to have some eBay fun.
I decided to go hunting for some deals and here is what I picked up. Some good trade bait and a few things I was looking for.
10-11 ITG Decades Auto - Wayne Babych 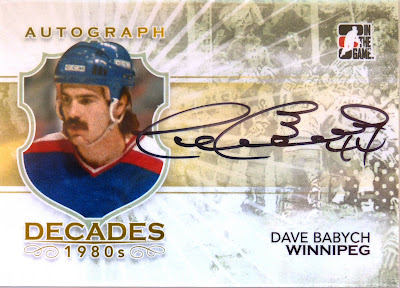 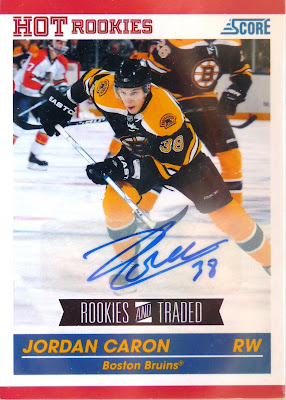 Been wanting this for a few months. My auto hit was a decent prospect, Jordan Caron. 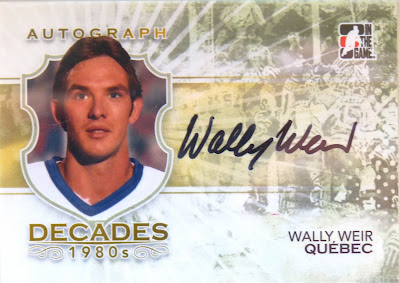 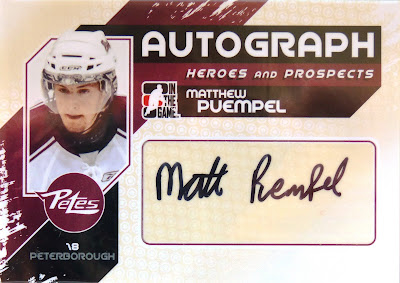 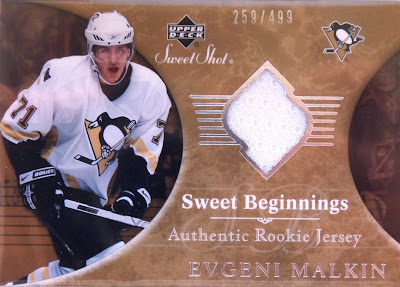 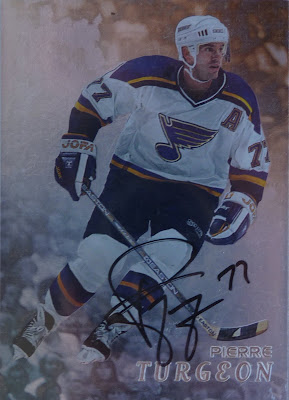 Pierre will likely be a Hall of Famer and a great addition to the collection.
07-08 Sweet Shot Auto - Alexander Radulov 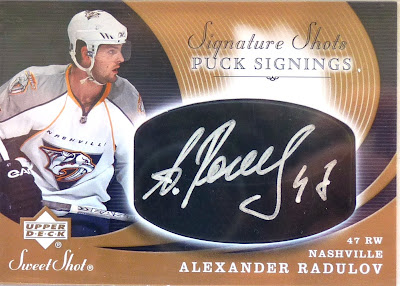 Love these autos. I would buy them all day for 99 cents a piece.
I also picked up a 90-91 Wayne Gretzky UD Promo. I will save those scans for a later date.
Posted by Pro Set Cards at 8:29 PM