A Christmas Gift from Shoebox Legends

After one of my many Brett Connolly posts (who btw has had three consecutive games with three points (4 goals and 5 assists)), Shane from Shoebox Legends wrote me about something he stole on the internet. He said he had a Panini Prime Signatures Brett Connolly auto that he landed for 99 cents plus shipping and since I am a big Connolly fan, he offered it to me for my PC. However, the last time he sent me something, poor Shane discovered that the USPS can be a cruel when you ship to Canada so he decided this time round he would add a "few" travel companions so he would get more value from the crazy shipping costs. Little did I know what was in store for me. Enjoy, I sure did! 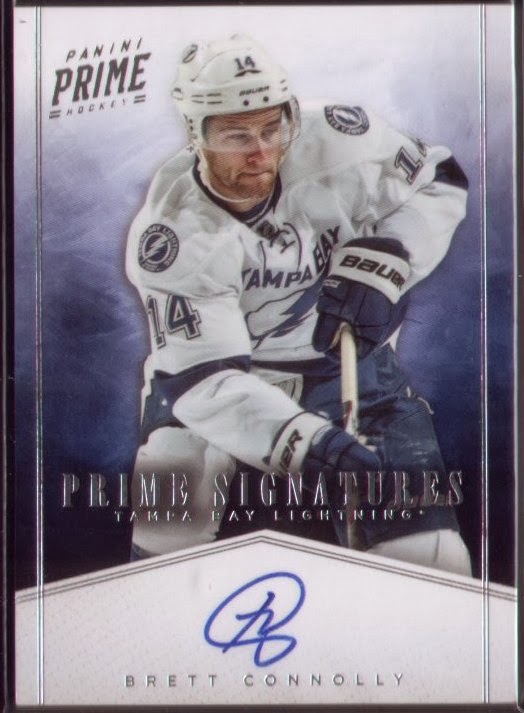 This baby is a nice on-card rookie year auto. Love the effects that Panini did with their photos on these cards. Just about as cool as it gets in modern cards.

The next batch Shane gave me are some nice retro on-card autos he got from another collector and thought I would like them. He was right, and Shane, I am pretty confident these are indeed legit so many thanks for the nice autos. 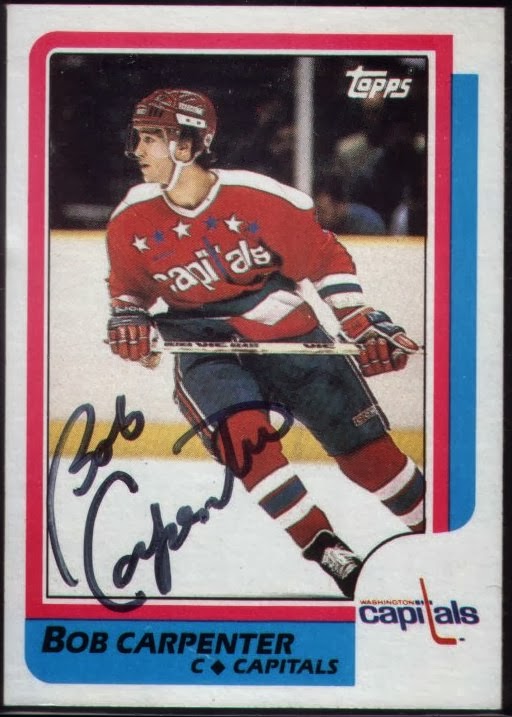 Here is a nice auto from a former 50 goal scorer and former New Jersey Devil. He won one cup as a player with the Devils and 2 cups as an assistant coach. Nothing but good memories of Bobby. His daughter is representing Team USA at the Sochi Olympics in hockey. 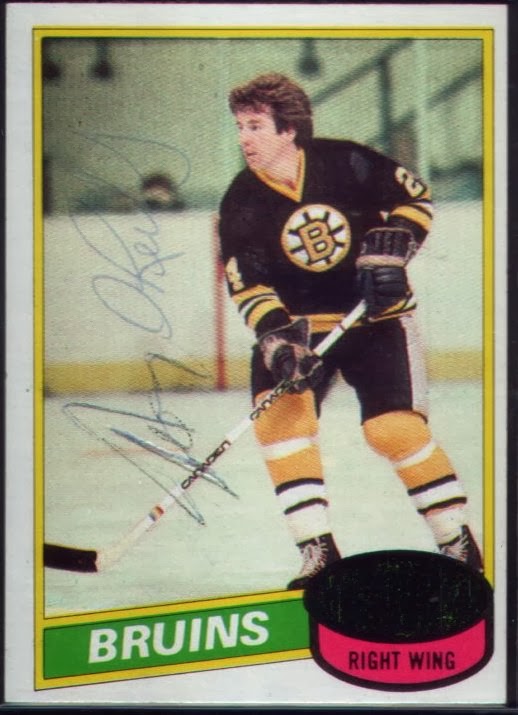 This auto is neat because it looks like Terry started with a dead black pen and then switched to a nearly dead blue ball-point pen. What is cool about this card is the fact that no one scratched the puck! Terry was a fierce competitor and this is my first auto from him! 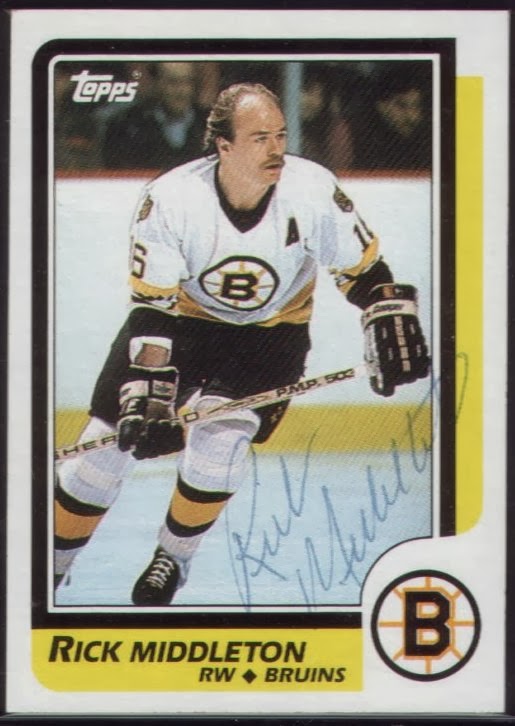 Here is another auto I didn't have in my collection and oh boy am I glad I do. I have a Rick OPC rookie, Rick game used card and now the auto. It is a shame he isn't in the HOF as that would be a hat-trick of memorabilia for my new PC. Rick had 448 career goals and 998 career points, if not for a career ending injury, I would like to think he would have reached 500 and 1000 and maybe got he call to the Hall. 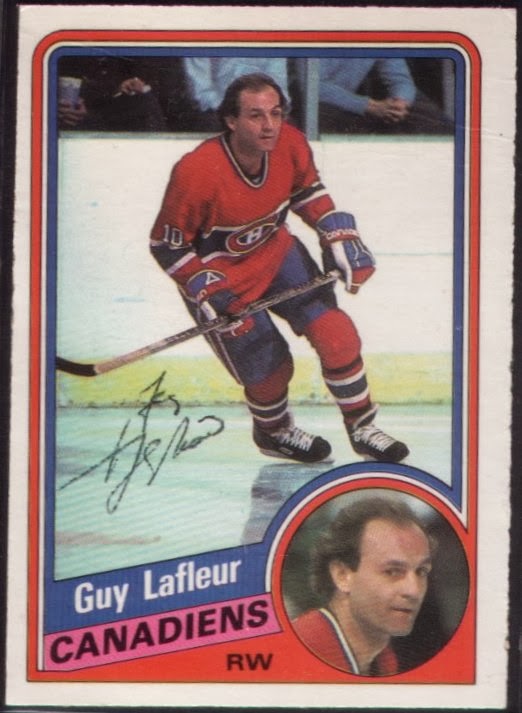 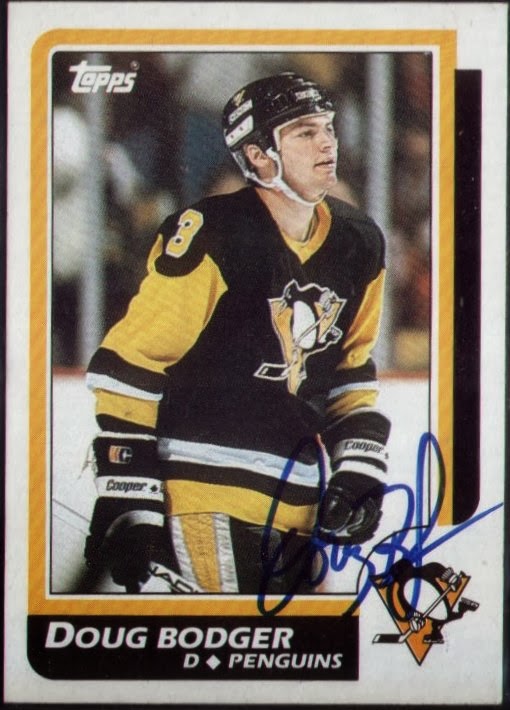 Another player I didn't have an auto for, Doug Bodger. Doug was a very steady and solid defenseman at the NHL level and played in over 1000 games. 49 of those games were with the Devils in 97-98 when he was picked up mid-season in a trade for John MacLean. His offensive numbers were never as good as they were in junior, but he still managed to 528 career points which is nearly 0.5 points per game.

Shane also sent along some cards from his current hockey passion, the Panini Classics auto set. You should check out some of his posts, the set looks great and he has made some amazing progress to this point. 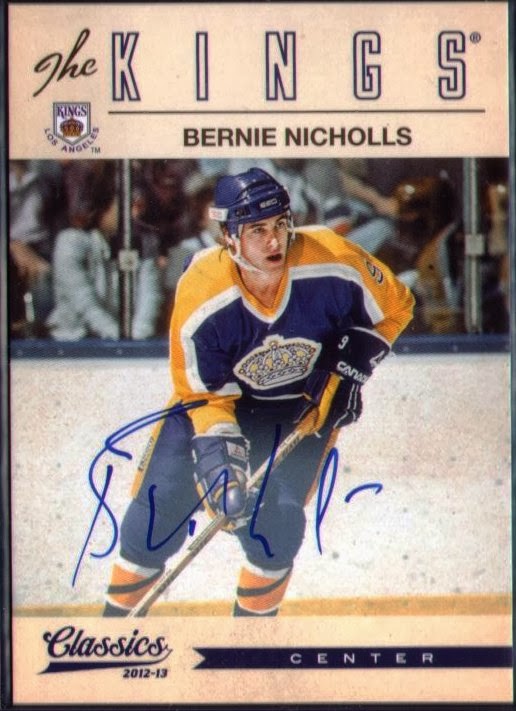 I honestly don't know how much of an impact Gretzky had on Bernie's career. I am a fan of Bernie and before Wayne stepped into his life he was a 2 time 40 goal guy and hit 100 points three seasons before "the trade". What is truly amazing, both for Bernie and Wayne is in just 1.5 seasons, or 126 games, Bernie Nicholls TORE up the NHL. In just 126 games, he had 97 goals and 225 points. That is nearly 1.79 points per game and if he could have done that over a period of 4-5 seasons, that could have cemented him as a surefire HOF'er. However, he was dealt in a blockbuster deal for Tony Granato and Tomas Sandstrom. Bernie still had an amazing career which included some time with the Devils. 1209 career points in 1127 games including a 70 goal, 150 point season is something that many kids dream of and Bernie made it look easy.

I have wanted this card for a while and even bid on a couple, thanks to Shane I don't need to search any more for a Nicholls auto (which as an aside, is much more scribble than scribe). 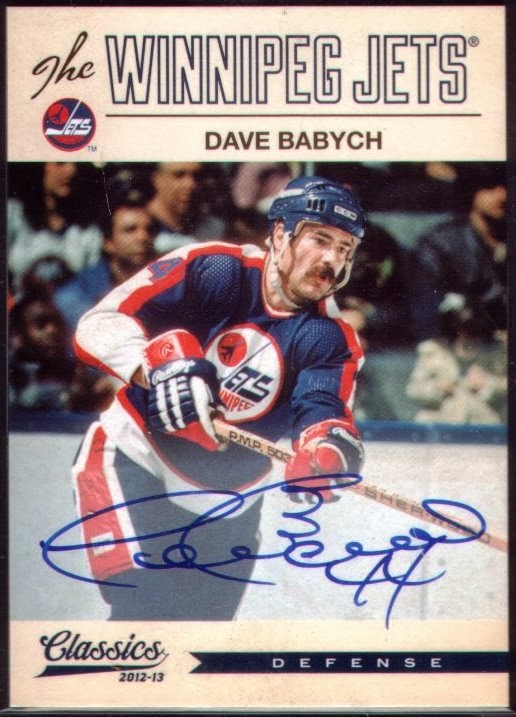 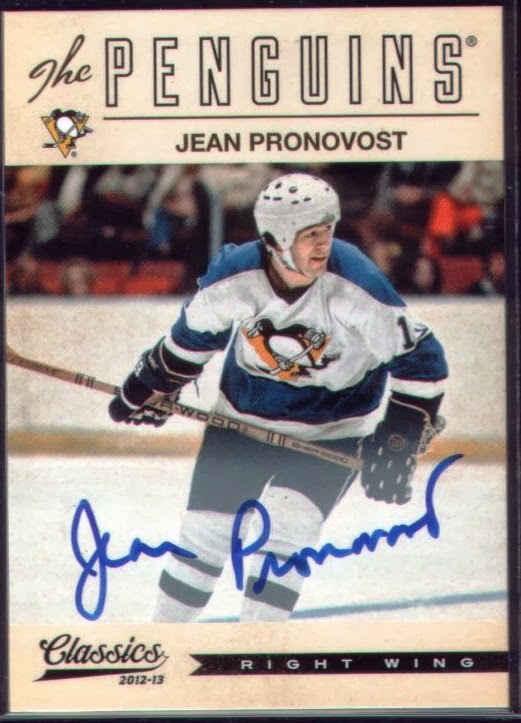 The on-card autos in the set are nice, but the photos are what make these cards look amazing and Jean Pronovost is a great example. Classy auto, awesome photo. Look at the ancient lumber, nasty helmet and wicked retro Pens jersey. This auto was also missing from my collection and any former 50 goal scorer is a welcome addition. Jean began his career as an NHL thanks to the Pens purchasing him from the Boston Bruins. Jean joined the Penguins in what was just their second NHL season and would stick around for a decade with the club. During that time he would score 20+ goals 9 out of the 10 seasons including 40 three times and 50 once.

So just when you think Shane has given enough, he also surprised me with a thrown in set as well. Not just any set either, but the 88-89 OPC Mini set. I am not sure how he knew, but I actually was in the market for one of these sets. I had singles form both the 87-88 and 88-89 growing up but it wasn't until a traded for the 87-88 a few years back that I had a compete one. I was still missing the 88-89 and had ever intention of trying to buy or trade for one and Shane answers the call by surprising me with it.

Here is one example of a card from that set. Brett Hull Mini rookie. I remember these in the early 90's fetching nearly 20 bucks at LCS's when his main rookie was selling for over a hundred. Though the demand has diminished, my appreciation hasn't.

Thank you Shane for an amazing Christmas parcel, I hope you enjoy the one I sent your way as well as I have mine. I took a different and similar approach to what I sent you, but I am hoping that you are pleasantly surprised.
Posted by Pro Set Cards at 11:52 AM