If you were to ask the typical NHL fame, many would be able to tell you who has the NHL record for most points in a game. Darryl Sittler's magical night happened Feb 7th 1976 when he scored 10 points (6G, 4A) against the Bruins. Sure many have come close but no one, not even the Great One equalled this number.

In the AHL, the single game record has stood for so long even the Leafs have won a Cup or three since then. Art Stratton put up an impressive 9 assist performance on St. Patrick's Day 1963 against the lowly Pittsburgh Hornets. Despite his impressive point per game production (1.14 ppg) based on 766 points in 669 ganes, he'd never get much time in the NHL.

This takes us now to the WHA. The most point in a WHA game record belongs to Jim Harrison who matched Sittler with an amazing 10 point performance (3G, 7A) against the New York Raiders nearly three years before Sittler's 10 spot. Jim being no stranger to setting records apparently set a record (I discovered while researching background on this) he scored the fastest natural hattrick in WHL history scoring 3 goals in 24 seconds. 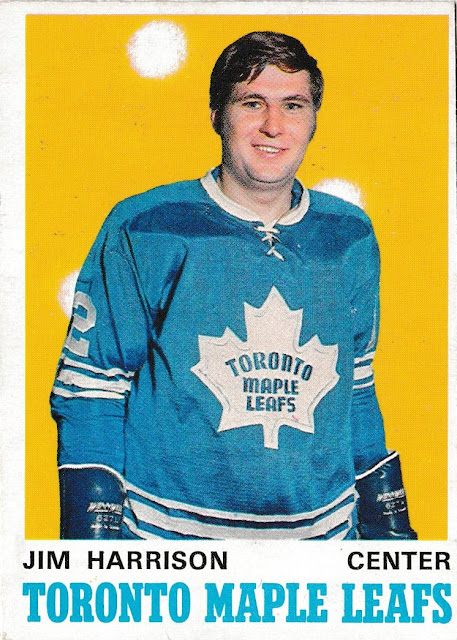 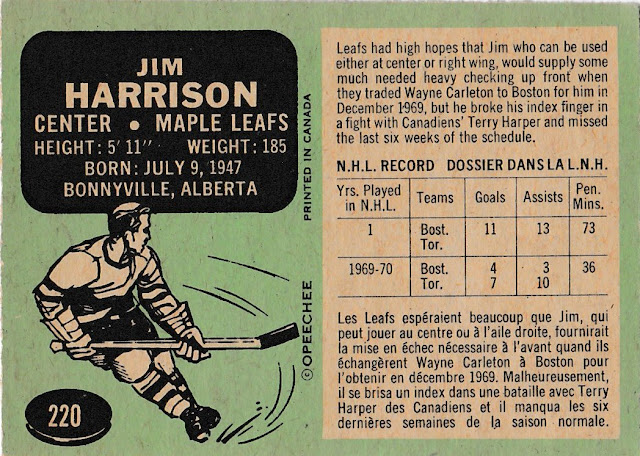 Jim would have a better NHL opportunity than Art Stratton as he'd see 324 games of NHL action compared to 232 WHA games. While his NHL production wouldn't match his WHA, he'd put up some fine numbers including a career high of 41 points in just 60 games with the Blackhawks during the 76/77 season.

What are some forgotten records that stand out to you?
Posted by Pro Set Cards at 10:39 PM

Labels: Jim Harrison, most points in a game, NHL, wha