Out with the old and in with the new


This might be a strange title for me, especially when you consider my love for vintage but I actually sold a few old cards this past summer.  I even sold off a few cards high end cards including a HOF rookie (My Cheevers). I got rid of the card because it did have a fair bit of value and I didn't actually have much of a connection with the card. I do hope to get another one some day but there are many other cards I could get with that equity and in the end I wasn't terribly in love with its condition and I hope for a better conditioned one or a very cheap one in poorer condition. Funny the two polar opposites appeal to me more than the middle ground but sadly its true.

With that money I picked up two hugely important 11-12 Certified rookies which I do love and personally think it is the nicest rookie card design in the past 5 years (The Cup included). 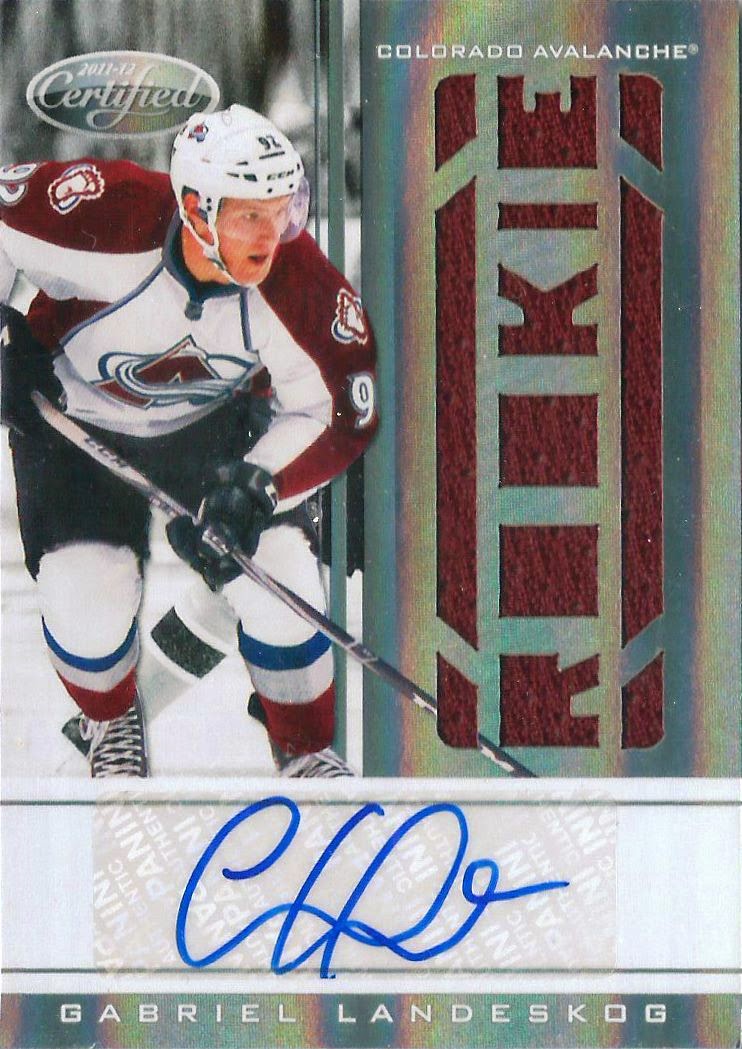 One of the bigger rookies out of the set is the captain of the Avalanche Landeskog. Since winning rookie of the year in 2012, he has developed into an excellent 2-way player not unlike Jonathon Toews. My collection didn't have his autograph and I really was wanting to nab his rookie from this specific set so when the opportunity presented itself I jumped at it and was very pleased with the return.

The Avalanche are a team on the rise and last season Landeskog finished second in goals and points on the team. With MacKinnon on the rise I suspect that Landeskog with either benefit as a linemate or benefit from seeing weaker line combinations from the opposing team. Either way, I am expecting him to have jumps in all offensive categories while still being very responsible in his own end. Definitely a fun card to add to my 11/12 Certified Rookie PC.