Part of keeping the hobby always fresh and fun is player prospecting. I love it when you can trade for, or buy a rookie really early before their careers bloom and then you find yourself owning a significant piece of cardboard a few years later.

Many hockey writers are projecting that Jake Allen is going to have a break out year this season. You can't help but think the Blues are believing the same thing because they let Ryan Miller go after trading a small portion of the farm to get him late last year. Clearly the Blues feel between Brian Elliot and Jake Allen they have all the goaltending they require.

Jake is a pretty good goalie thus far into his career with the highlight to this point likely being his silver medal at the World Juniors or being named CHL goalie of the year in 2010. 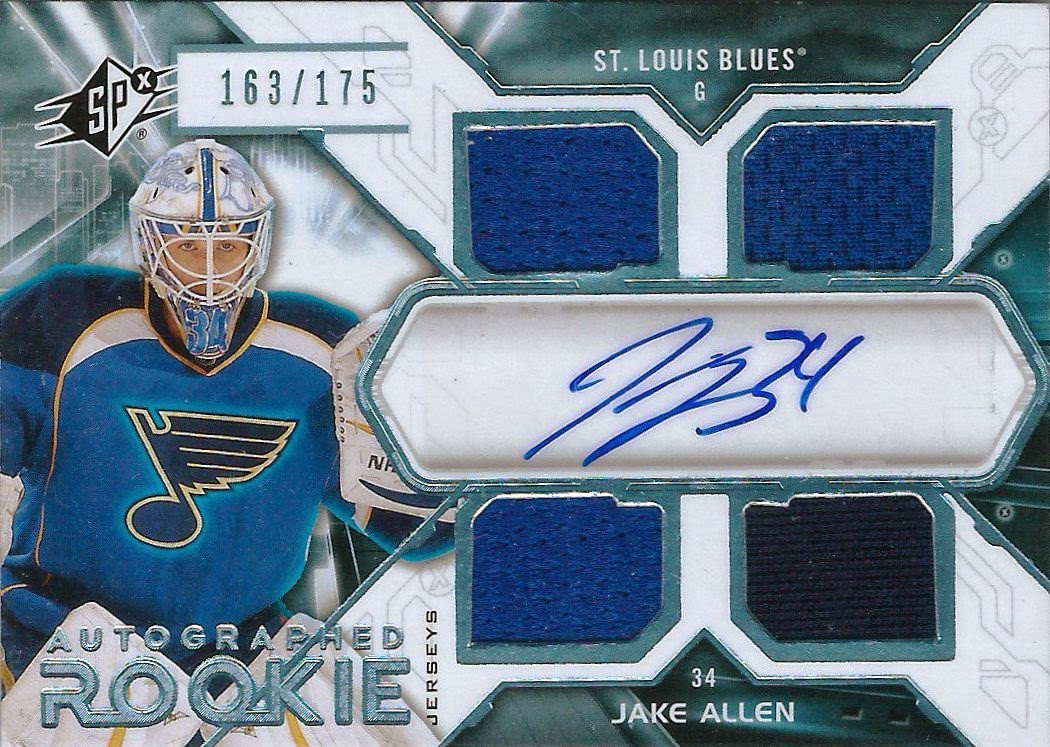 Here is his SPx rookie in all its glory. While he has already had some fan fare at the NHL level (All-Rookie Team), I think the best is yet to come so if you are into prospecting yourself, now might be the time to grab yourself one of his rookies because by the end of this season I wouldn't be surprised if they will cost you twice as much as they do now in money or trade!
Posted by Pro Set Cards at 1:33 PM