So what to do. I know I have a small budget and I could buy one box of 13-14 Contenders and get any where from 4-7 hits or I could buy two boxes of 11-12 Contenders and get a min of 6 hits. I played the numbers and went with two boxes because I was hopeful of also getting a base set as well. SO, here are my hits in order of personal appreciation. (I got lucky and here are my 7 hits)

First up are TWO redemption for Greg Nemisz auto cards.

Since I didn't want to scan two redemption cards, I found a pic online of what it looks like redeemed. I got his NHL Ink card and his Contenders Auto Rookie /800. They are ranked 7th and 6th respectively.  Greg is a former Team Canada World Junior which I like but appears to be a career AHL'er which isn't fun from a collecting stand point. I am hopeful these two redemption go stale and I can request a replacement. 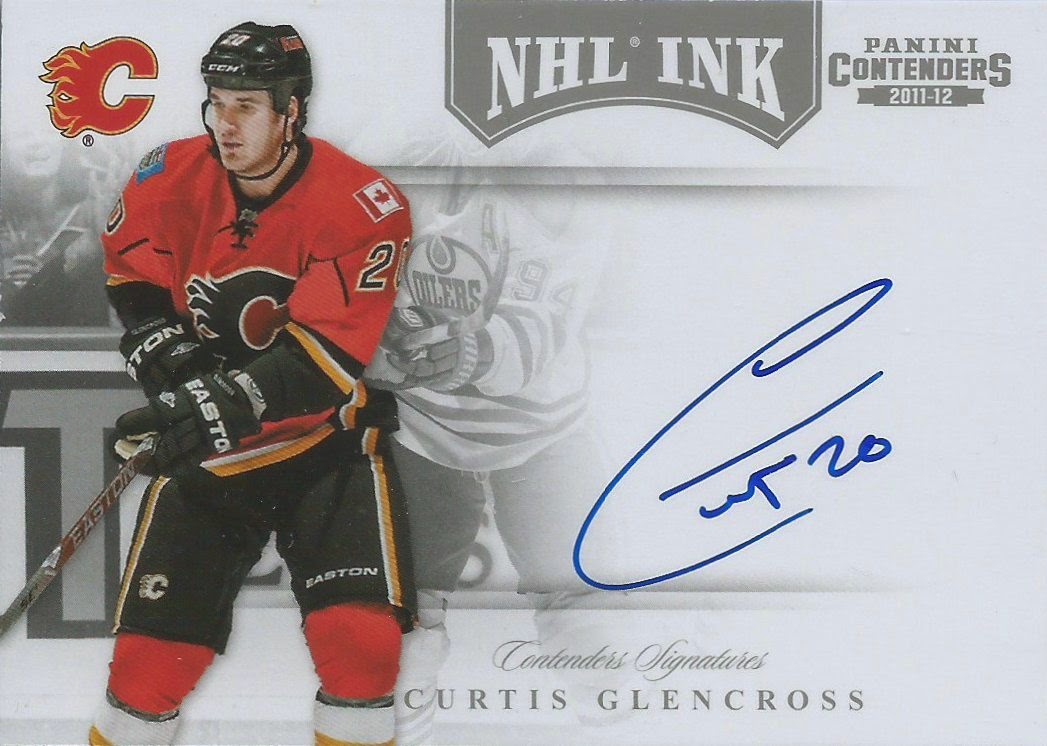 The Calgary hot box(s) continues with an auto of Curtis Glencross. I was a little bummed out about this card but after reading the back he does know how the find the net. He had an off year last season but should be a lock for 20 goals this season. Not a bad auto to have. 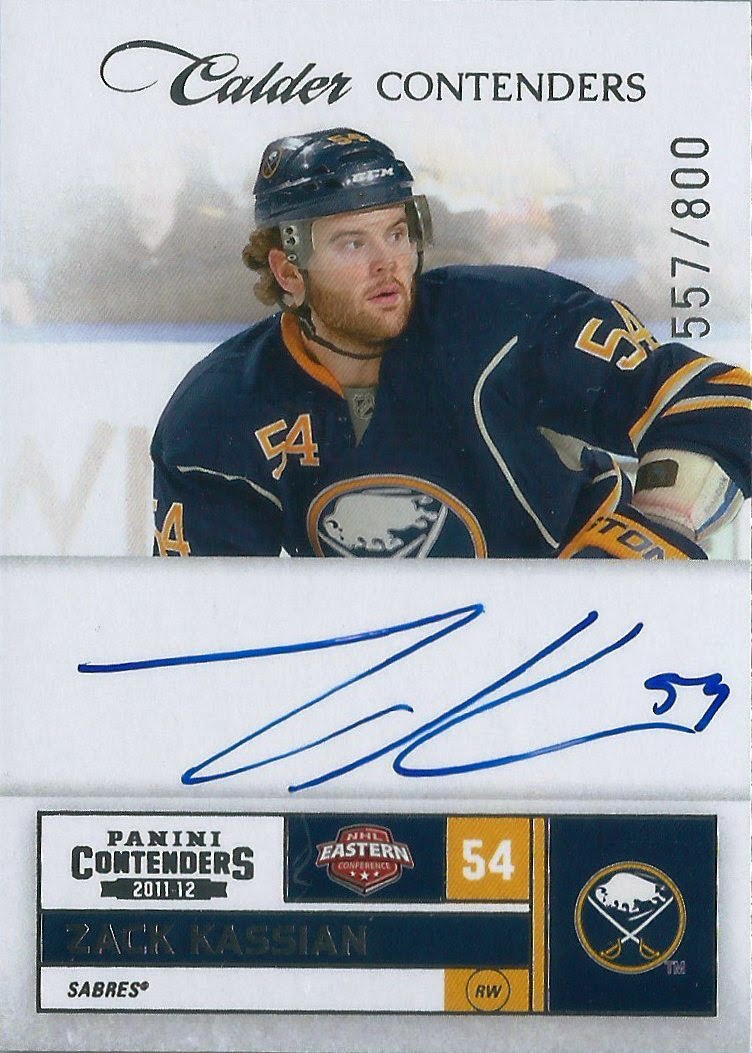 Now we are talking! Zack is a former Team Canada World Junior and he plays an excellent role as power forward and agitator. Picture Brad Marchand with size and morals (at least more than Brad). The Hockey News projects some gains this year for Kassian with 16 goals and 39 points as their prediction. I hope he makes it, a fun card to pull for sure. 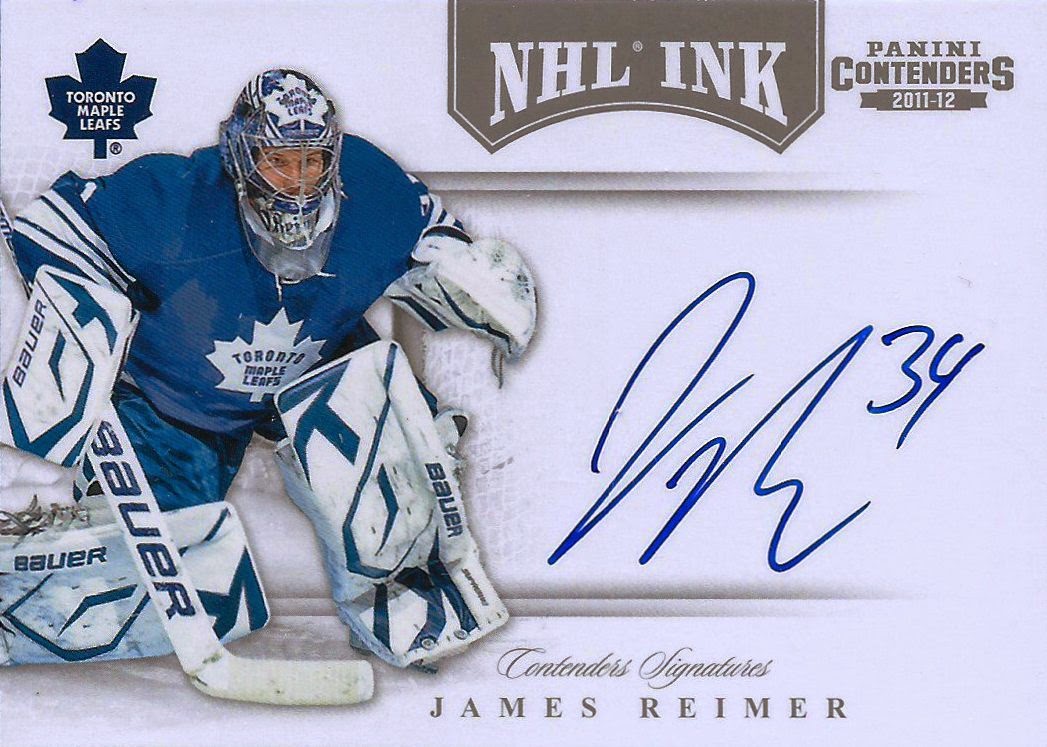 Two years ago this SP auto would have been loads of fun to pull. Right now I am less excited about it, but it is an SP auto which is somewhat cool and it will either have some great trade value or it will have a home in my collection for the meantime. I do like Reimer and wish him all the best this year in a crowded Toronto crease. 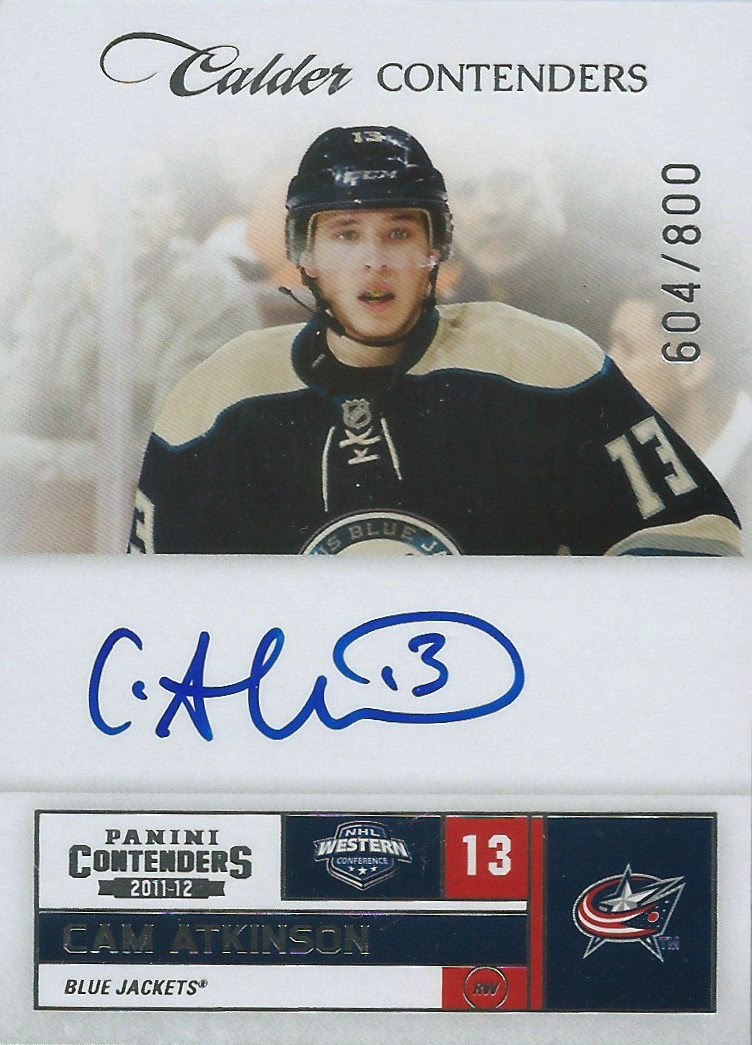 My second favourite hit was of a card I have been wanting for a while. I lost out on a few auctions for Atkinson a year ago and kind of forgot about him. This past year he played great and emerged as a future star with the Blue Jackets. 21 goals and 40 points isn't too shabby and both The Hockey News and I predict he will at least match those if not improve on them this year. 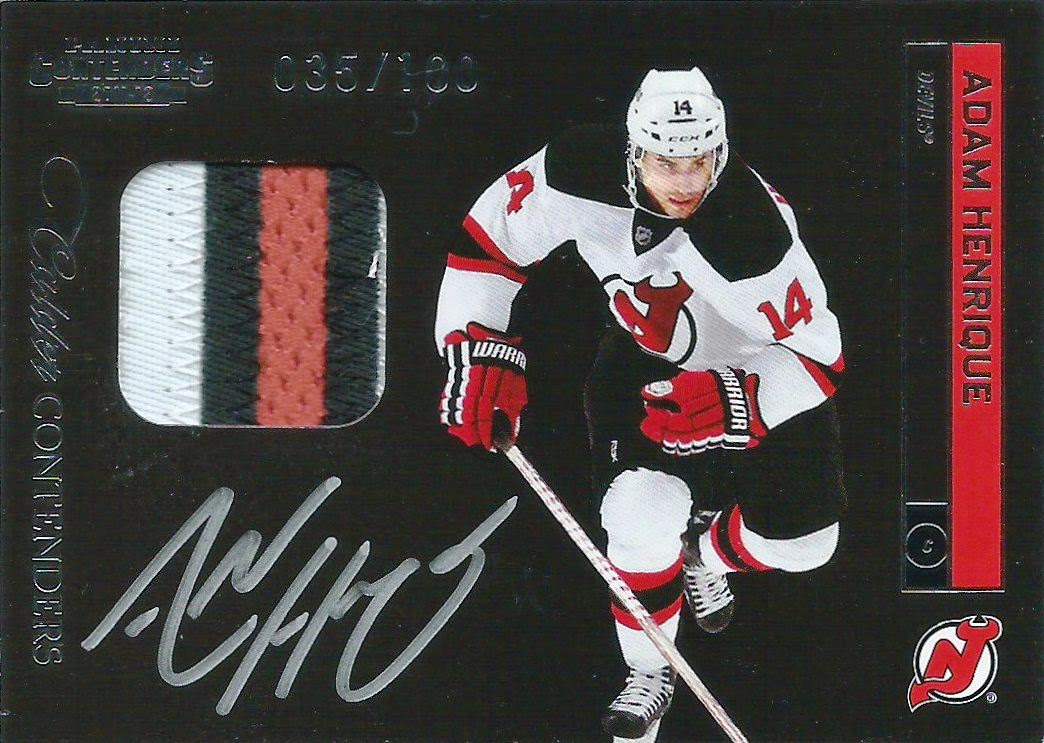 My last hit was far better than all the other cards combined. Look at that auto and patch. White, black, jersey, black, white. Rookie year patch auto of a main PC, doesn't get much better than that I say. I was stoked to pull this card and even though I ended up 10 cards short of a complete set, I consider these two boxes to be a major success.

There you have it another birthday gone, and another birthday hit. I think that makes 4 years in a row now and I am curious to see what next year will bring! Sorry it took so long to get this posted but I will have much more rolling in the near future as routines get established again and in spite of an annoying hand the show must go on!