Well the Kings won the 2014 Stanley Cup and I am pretty sure I am not breaking this news to any hockey fans out there. The last time the Kings won the Cup was 2012 against my beloved Devils. During their 2012 Cup run, I noticed a young defenseman who really impressed me named Slava Voynov.

This past run, two players who really jumped out at me were my boy Tyler Toffoli, and Tanner Pearson. On a line with Jeff Carter, these three exhibited a great deal of chemistry on the ice, which gave the Kings two solid scoring lines and propelled them to their Cup win. 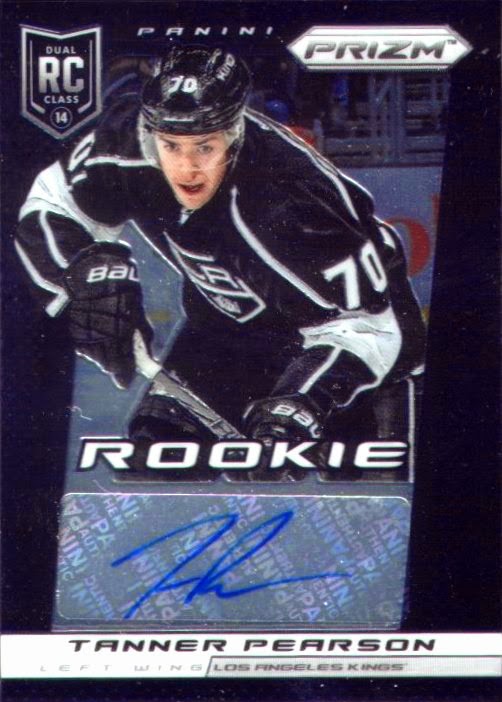 Here is a card that I put a bid on in the spring and had lost. The seller came back and offered me a second chance because the seller didn't accept the buyer's form of payment. I gladly accepted the second chance and here it is.
Posted by Pro Set Cards at 1:07 PM