Another Great Trade with Cardboard Conundrum

You have to love a trade that is complete with a total of 3 emails! That is what happened with this most recent trade between Matt and I. He wanted a Crosby game used that I wasn't too attached too and I noticed he had two PC guys of mine so I had no problems at all with a nice two for one trade in my favour. Thanks again for an awesome trade Matt. 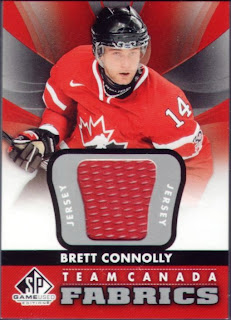 LOVE LOVE LOVE this insert idea. I am totally chasing all my PC guys that played for Team Canada. 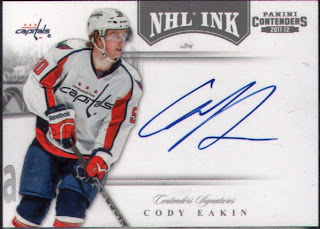 Another great card, this time a rookie year auto of Cody Eakin which features a nice and large on card auto. I did chase a legit auto rookie of his as well which I will share at a later date.

Sometimes the best trades are the biggest but rather the simpliest.