Tyler Toffoli is one of those prospects who performed well in junior but many questioned if he would be as dominant in the NHL. Personally I was behind the kid from the get-go and still think he could be something special. Players like Ryan Johansen prove if you take the raw talent and develop it slowly, protect it etc it could be better in the long run. Tyler has been shielded quite significantly but this post-season he is beginning to shine and I am very happy to see that happen. A month ago a seller had a nice Select parallel rookie with a Prizm insert and a very nice price attached. I sent a BO of about half of what he was asking not because I am shrewd or felt he was unfair but because I am trying to get the most of my money. He responded with an amazing counter, an explanation of  book values (which I already knew) and an offer to throw in a third card. I wrote back thanking him and said SOLD! 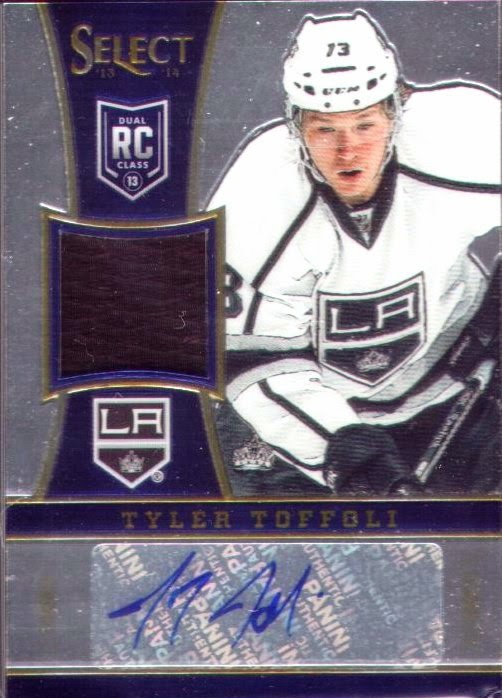 Great looking card, black swatch and sticker auto. I have been watching all the releases so far this year and STILL Select is my favourite. I will miss Panini in the NHL world. Hate MVP, but it was a throw in and a nice gesture. I will keep it because it didn't cost a thing and is nice enough. 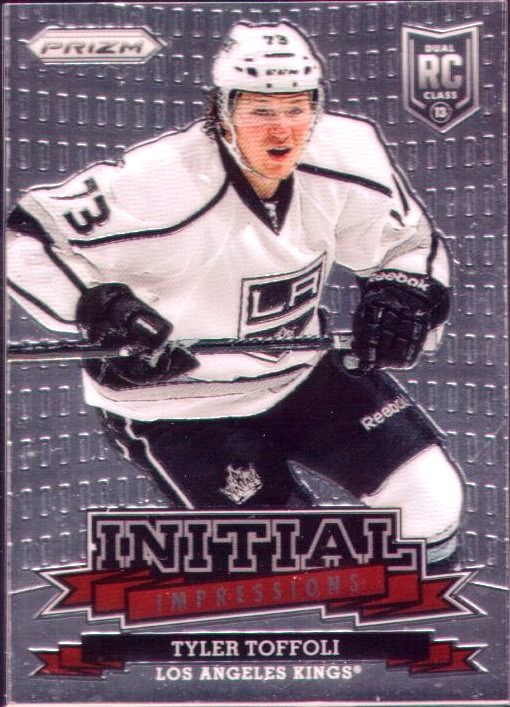 Here is the insert that came with the rookie initially. Not a bad card either, no value to me but in the end I landed all three for well under the Select cards book value so I felt like a winner no matter what.

The Kings are playing very well this post-season and if they win the Cup, I win the "House of Oglethorpe" contest which is pretty sweet. The Kings lose, then the Hawks will win the Cup and they are my number 2 team so its all good there too. The way I see it, I can't lose.