Who's your daddy? Henrique is pwning many NHL goalies at the moment.

With nine goals his last 6 games, Adam Henrique has been on fire. See photo below for what that might look like. 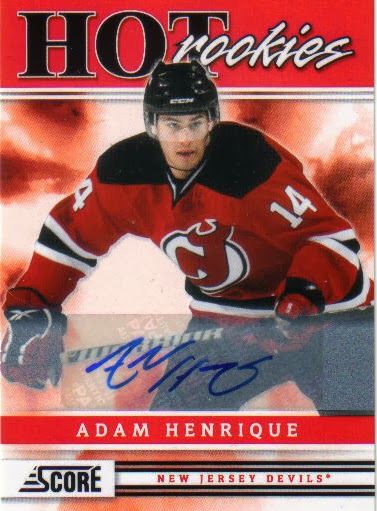 With 9 goals and 2 assists since the Olympic break, Adam Henrique has been playing the best hockey of his NHL career. 11 points in 6 games has helped the Devils stay competitive at a time when the team hasn't been playing the best defensive hockey. I got these two cards in a trade with Sebastian from Hell's Valuable Collectibles. During one of his posts he made mention of the card below and the card above. I decided that I would try and make an offer he couldn't refuse for the card above and he was kind enough to accept and send along BOTH cards. A great deal for all involved I assure you. 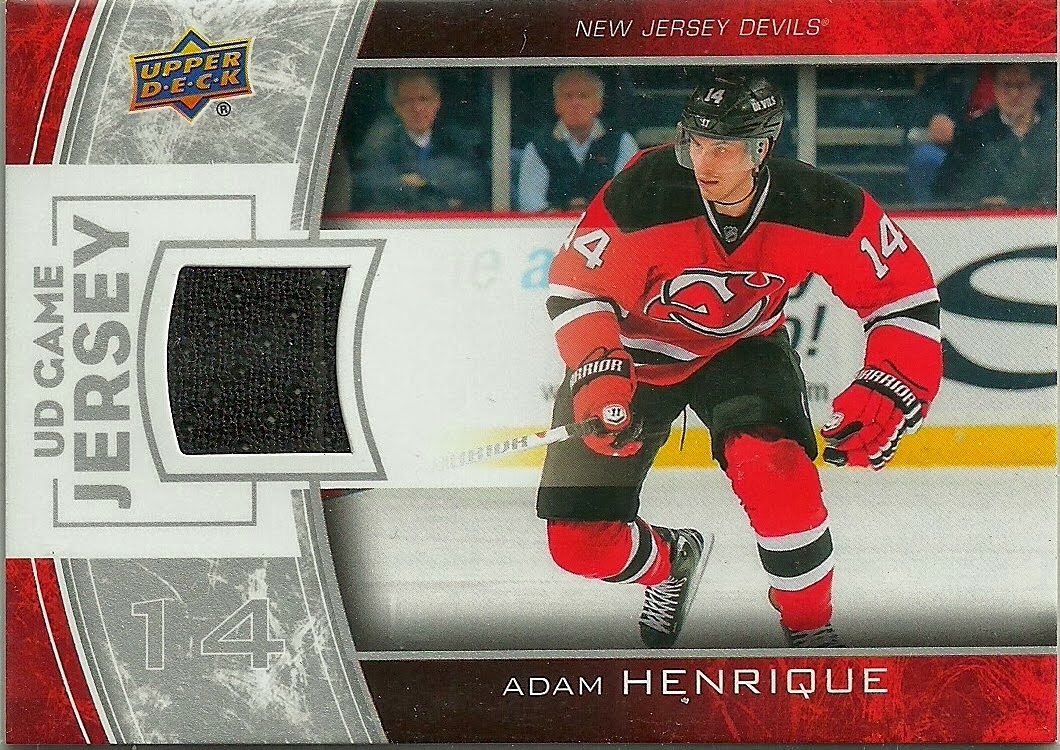 While my collection is loaded with Henrique autos and memorabilia. I actually didn't have of his stuff that was actually "game worn". Too much player or event worn but nothing legit so Sebastian helped me out there by sending along this card too. He also included a 13-14 Score Henrique base card which I didn't have as well so many thanks go out to Sebastian and I look forward to our next trade as well.

*Late note, no sooner do I hit publish and I get a message that Adam Henrique was this week's third star. Last week he was second star so this young man appears to have shaken off last year's sophomore slump and turned around a slow start this season.
Posted by Pro Set Cards at 1:30 PM