Before you read this post, I need to clarify two things. First off, I am not trying to be whiny or ungrateful. Secondly, chromium cards do not scan well especially when in a screw-down or top loader.

So just before the holidays, I entered my 700th Panini contest and patiently waited to find out I lost. However, something strange happened and that was I WON! I received my email stating I won and they asked for my address. I thanked them profusely and gave them my address. 3 weeks later just before Christmas my box arrived and I was stoked. I put the kids to bed, sat down and busted 12 packs hoping for MacKinnons, Yakupovs or anything cool and fun. Each box has two mini boxes and each mini box has 6 packs, promising two hits. That is where my problem happened.

I busted my first mini box and only had one hit. I wasn't disappointed because I saw someone online actually pull two hits from a single pack so maybe my other mini box would have three hits and it would all average out. Sadly, it didn't. So my free box was a defective box with only three hits. If I had paid for this box I would have been pretty bummed out. So just in case, I contacted Panini to see if they could do anything about this situation. They kindly told me since it was free, NO.

So there you have it, even when I am lucky, I am unlucky. I have since entered other Panini contests and....lost.

Well here is the box in case you are interested.

Base and Prizm cards. 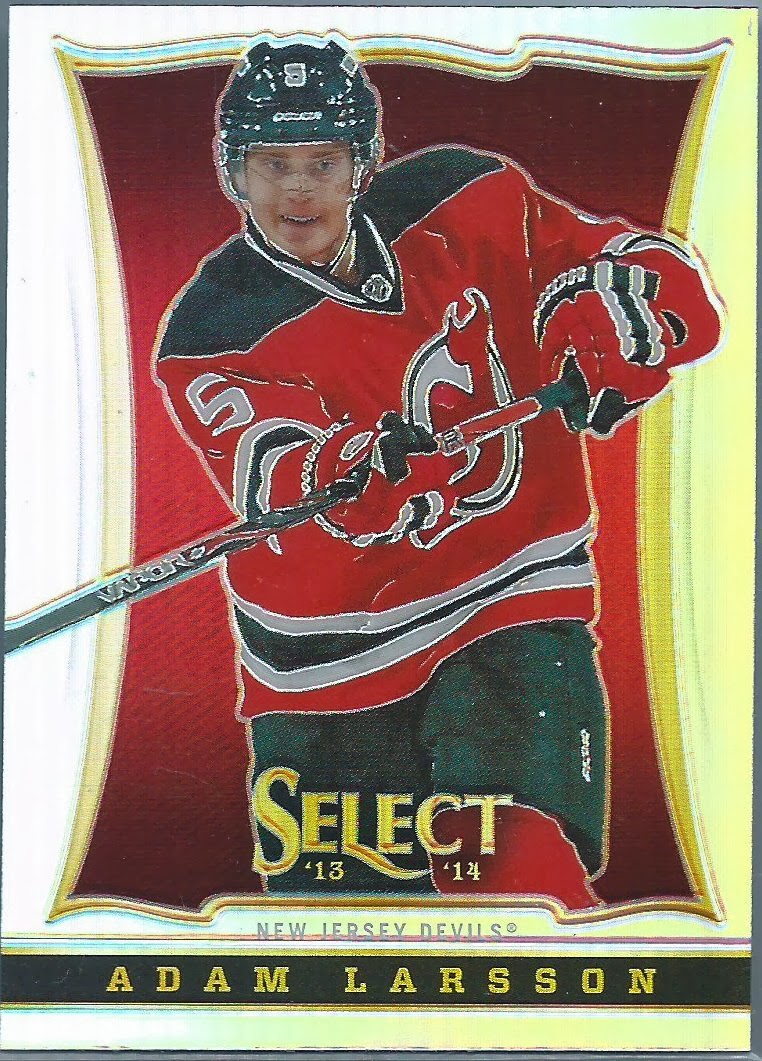 The cards are pretty nice looking, very shiny and thick. Here is one of my Prizm cards I landed. Nicely enough, I also got an Elias Prizm card too. They are extra shiny and un-numbered.

Each pack has something fun so for the 11-13 bucks you pay you should get something. I got a few inserts but nothing worth really showing, so here are my three hits. 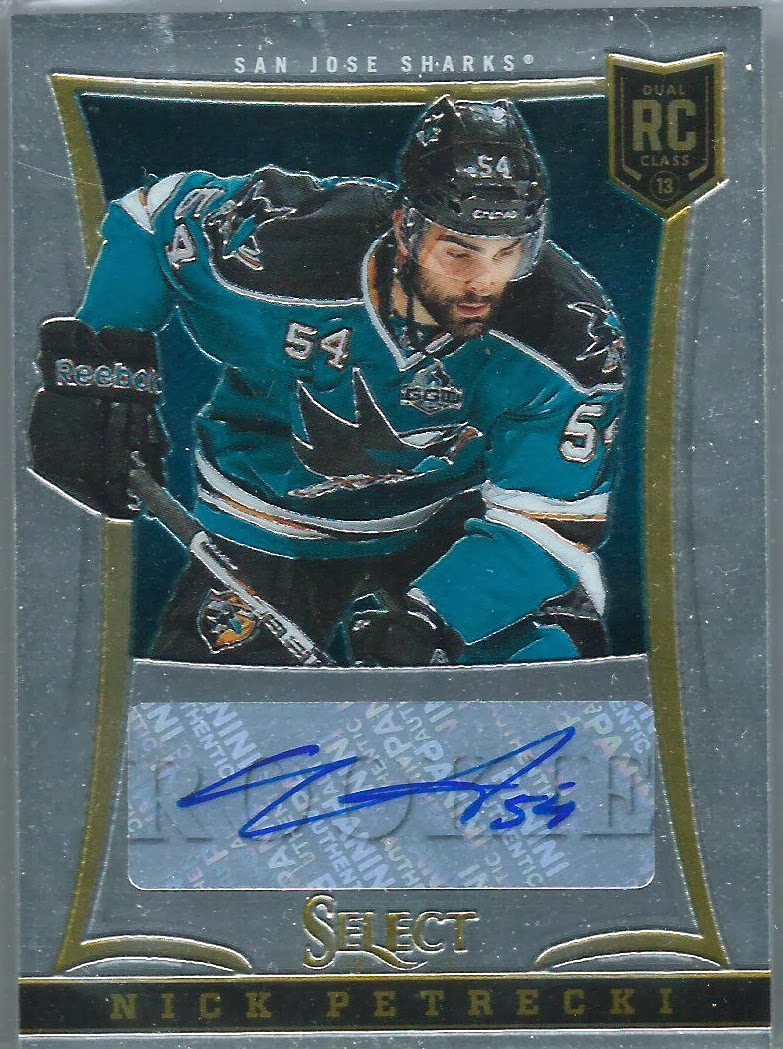 Nick Petrecki, don't know him. Research shows me he was a former first round pick, plays defense and likes PIMs. He is a beast at 6'3" and 230 lbs. He also have played 1 NHL game in his career. 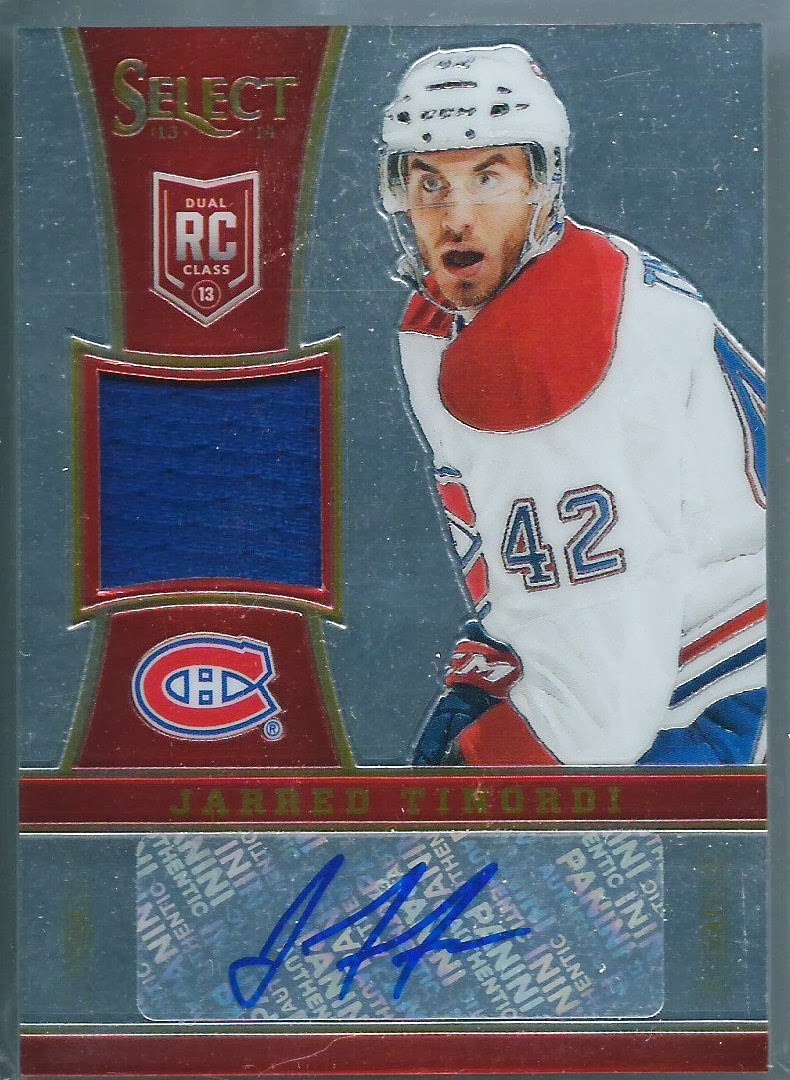 My Montreal curse continues...except they are Habs I am really not dying the have. Jarred is someone I had heard of and being another defenseman this card isn't going to be putting my children through University. However, I do plan on keeping this one as he could be a pretty decent defensive star someday. 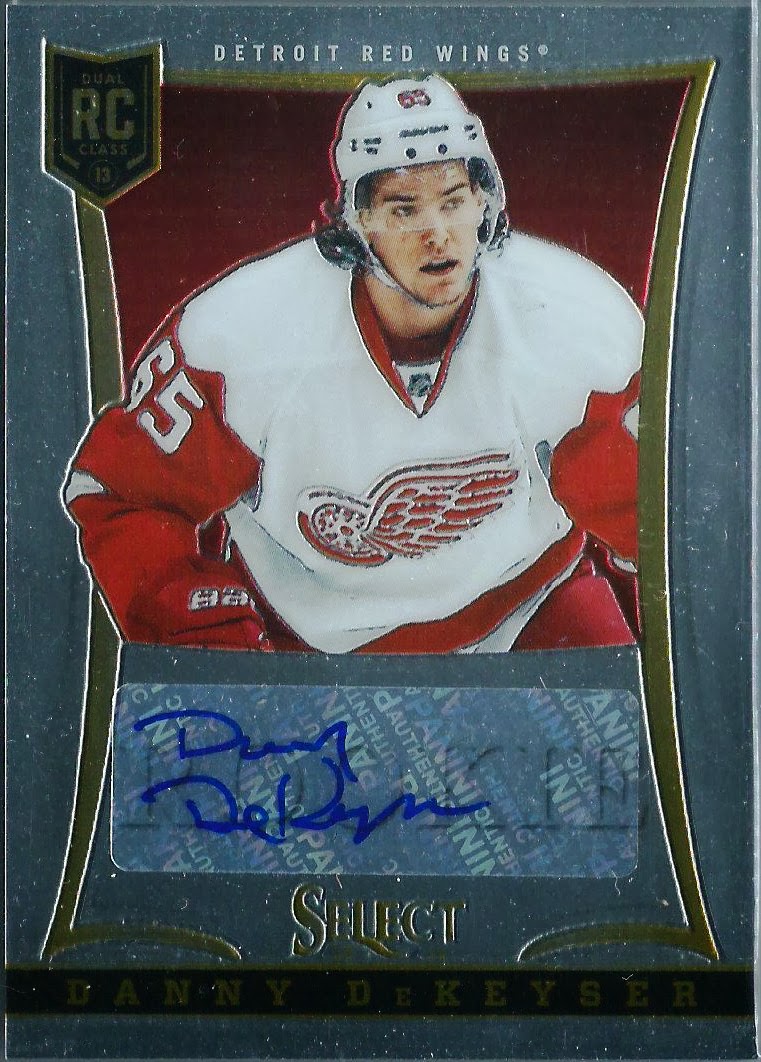 Having hit his Young Gun in a box I broke earlier I had at least heard of Danny. Danny is a rookie defenseman off to a pretty decent start and like many late maturing defenseman that are making it big these days he was a free agent signing out of college. Not a super exciting pull but I guess it is better than Petrecki!

So there you have it, my free box. Like I said before, if I had paid 130 bucks for it I would have felt seriously bummed out and avoided any future packs and boxes like the plague. However, there is always that chance that had I paid for the box, Panini would have sent along a 4th hit and who knows what could have been in that. So do I recommend this product? Only if you have 130 bucks burning a hole in your pocked and you don't want to save another 70 and buy a Dominion box.

With all that being said, I went on eBay a few weeks back and started selling off some inserts and cards I really didn't have much use for but had some value. My hard work paid off as I have replaced them with a fourth hit I bought for myself.... 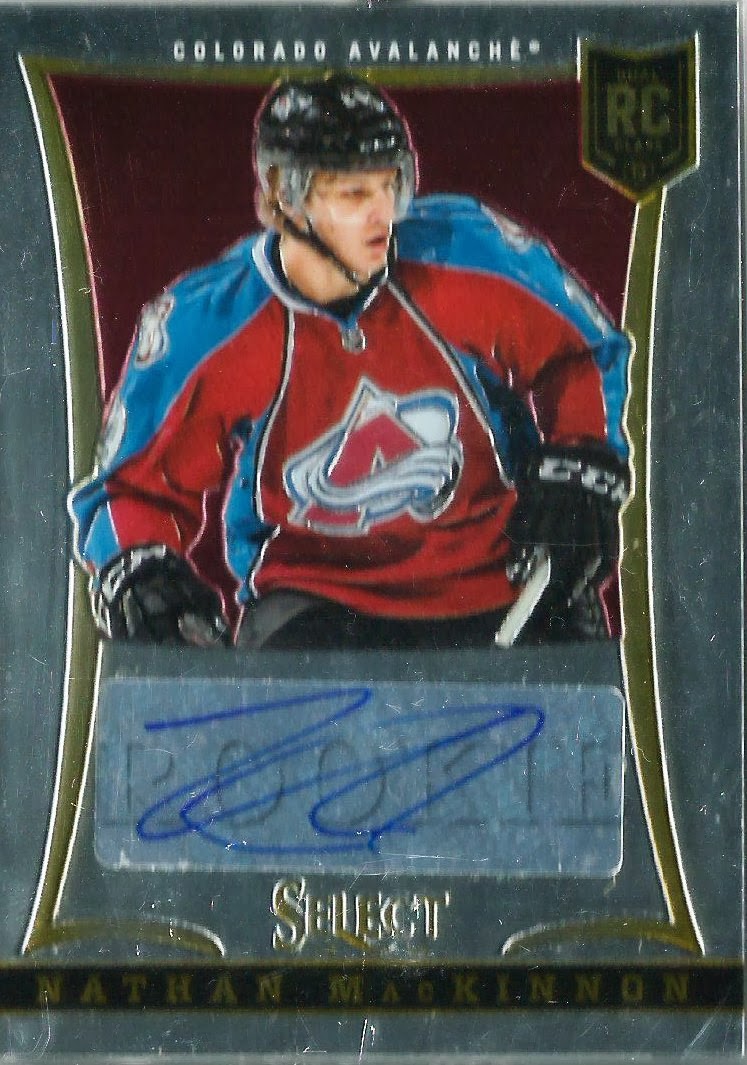 Being a MacKinnon fan and liking what the Select rookies looked like I went on the prowl for a decent deal. Many of these rookies were selling well in auctions online (65-85 dollar range) so I decided to see if I could find a BIN/OBO below that range and sure enough I was able to use my PayPal dollars and get one for a very fair price.(again excuse the scan, Select rookies in screw-downs really really don't scan well)

So not only do I get myself a MacKinnon rookie at long last, I use some of my unwanted cards to help fix my box injustice and land a hit that stands proud in my collection.